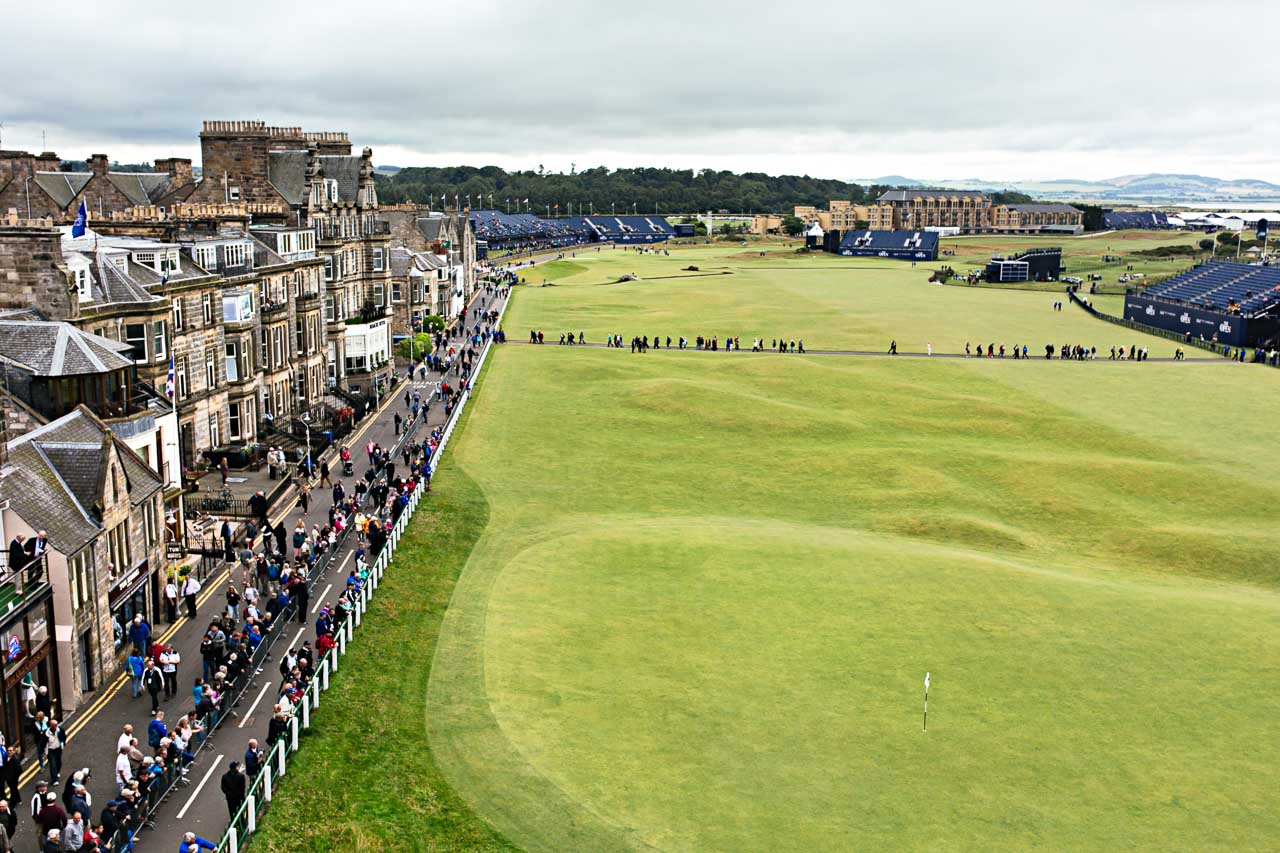 The current infantile Brooks-Bryson feuding aside, one of the biggest debates in golf is how modern equipment has changed the way the game’s best courses are played.

That the ball goes further is beyond question. As to why, there are a multitude of reasons forwarded. Better agronomy means the ball runs further. Players are better athletes. The ball. The size of the driver head. Longer, lighter shafts. A better statistical understanding of the importance of distance and how to employ it.

All likely contributed – although Royal Melbourne didn’t have in-ground fairway watering until the late 1980s and no one will convince me modern players are superior athletes to Sam Snead, Jack Nicklaus, Greg Norman, Tom Weiskopf or Severiano Ballesteros.

The greatest feat of athleticism is the ability to hit the middle of the face time after time under pressure. Dustin Johnson, Koepka, Collin Morikawa are unquestionably great athletes – but superior to those great players who came before?

More importantly, are they any more skilled?

Lost on many is the effect of the modern equipment on the golf courses. There is a significant cohort who don’t think it matters and the only point of the game is to score as low as possible.

It is the point of the game, but all games are reliant on obstacles to make them interesting. As children we are introduced to the most basic of games. There would be no point to hide-and-seek if there was nowhere to hide. Nor would there be any point to snakes-and-ladders if there were only ladders and no snakes. Staying out of jail in Monopoly is a help. Tennis has a net and lines. Football has opposition players.

Golf without hazards would be a dull game and it was architects who used hazards to make the path from tee to green more interesting.

Water, bunkers, rough, undulating ground, boundary fences, greens with interesting contours were all employed reward the accurate, wise player and penalise the wayward and reckless. Distance, of course, was always a huge advantage because, by definition, the shorter the approach shots the more likely the player was to score better than the rest.

Snead with 82 PGA Tour wins proved it as did Tiger Woods who generations later also reached 82. Nicklaus with 18 major championships remains atop the mountain.
All three were the most powerful players of their respective generations.

Snead, Byron Nelson and Ben Hogan were part of the first generation to use steel shafts. Courses designed for hickory were necessarily lengthened to accommodate the increased distances the ball was flying. By the mid-1930s Kingston Heath was a staggering 6830 yards, making it one of the longest courses in the world.
Architects repositioned bunkers on existing courses (most famously Robert Trent Jones at Oakland Hills for the 1951 US Open) and new courses adapted to drives easily exceeding the previously unimaginable 240 metre mark, the gold standard with the hickory of Bobby Jones’ era. Tees moved back and the measure of a championship course reached 7000 yards.

It remained the standard until the Tiger era – one corresponding with the modern two-piece ball, graphite shafts and driver heads resembling a cantaloupe.

Hazards previously relevant are now redundant in the era of top players routinely carrying the ball 270 metres. DeChambeau averages over 320 yards and more than 60 players on the US Tour average 300 yards or longer.

Architects subsequently moved tees back (11 tees at Kingston Heath, nine at Metropolitan, five at Victoria and eight at Lake Karrinyup are examples at courses, all of which have held the Australian Open) and repositioned bunkers where it was appropriate.

There would be no point, however, moving the beautiful bunkers Alister MacKenzie positioned into the hill on the 18th (west) at Royal Melbourne because to move them would be to put them way over the hill and render them blind from the tee.

A ‘long two-shotter’, for example, might be a par four or a par five, but either way a strong drive was intended to be followed by a stout long iron or fairway wood second shot. The 12th at Royal Melbourne, Victoria’s 8th, the 13th at Augusta and the Road Hole at St Andrews were all examples of great long two-shot holes right on the border of par.

The intent of the architect (excluding The Old Course which evolved as much as it was designed) was clear but modern equipment has subverted that intent to the extent the former two are played as par fours in tournaments and neither are particularly onerous if length is the measure. 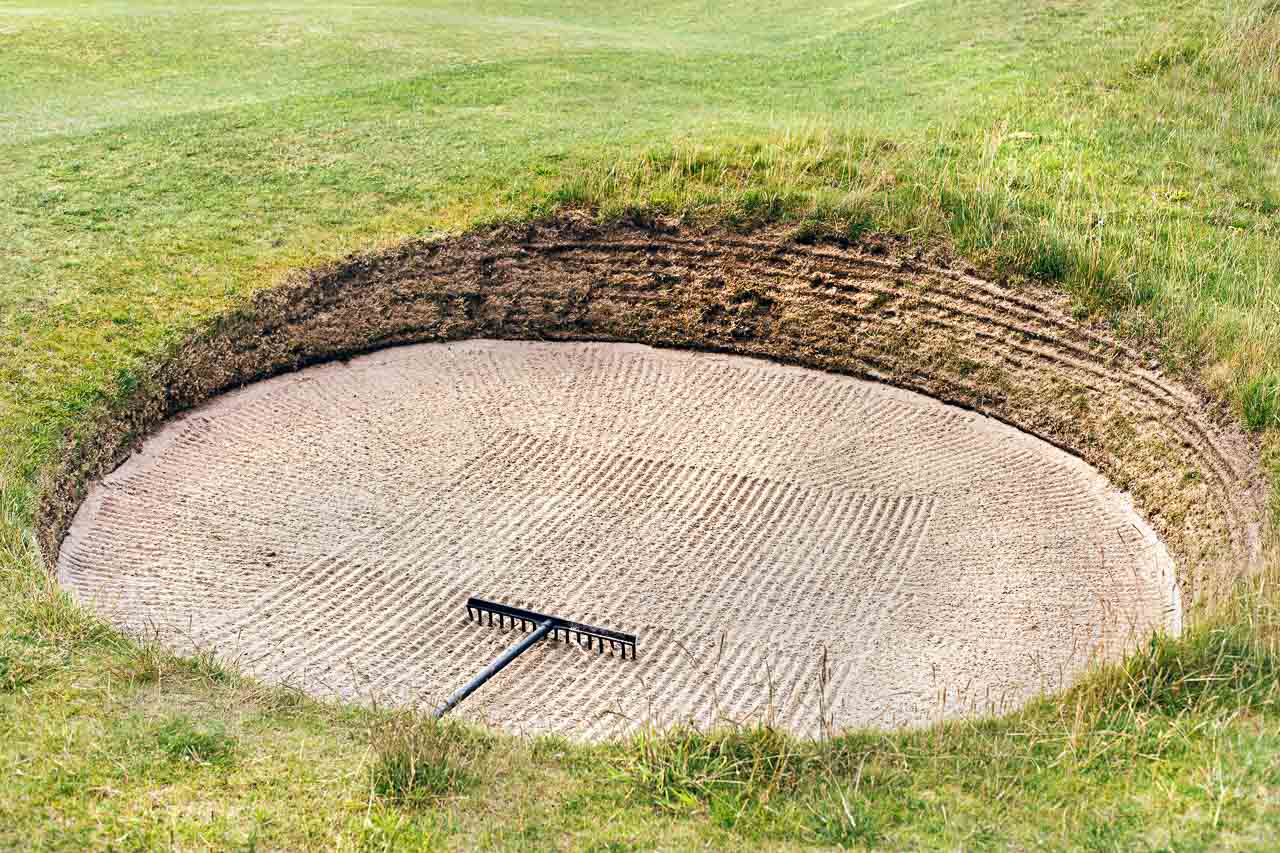 Augusta National members have just spent millions of dollars to buy a hole from the adjacent Augusta Country Club so they can move the 13th tee back. For the Open Championship the tournament tee on the famed 17th hole is out of bounds. (The 2015 Open had tees on four courses to go with the off- property 17th tee.)

Once holes designed to be long-two shotters are reduced to drives and short irons the original intent is clearly compromised.

Some think it of no concern and the only point of the game is to shoot as low a score as you can.
Others see the answer in narrower fairways and longer rough but where does that leave, for example, Augusta National and Royal Melbourne where MacKenzie’s intent was to give the player latitude from the tee and make the shot from the preferred side of the fairway both easier and much different from the shot from the other side? It was a principle he learned from his study of The Old Course.

Donald Ross did the same at Pinehurst as did Colt at Sunningdale.

Architect’s intent comes in many guises and can’t be put into a single box.
They intend holes of specific lengths to be played with certain clubs whether they be fairway woods, long irons, middle irons or short irons.

They placed hazards to reward those playing closest to their edges. Whether it’s worth ‘chasing’ those angles is another matter but no doubt an easier angle mattered more when players were running long shots on to greens. Playing from a poorer angle but with a high, quick stopping, short iron doesn’t really matter too much unless it’s an extreme example.

Pitching from the right half of the fairway to the front right pin just over the bunker on the first (east) at Royal Melbourne would be one example.

They built greens where the player who missed in the right place had a chance to save a par whilst the player missing on the wrong side had little or no chance. Putting from behind the hole was more difficult than putting from under the hole.

At the 14th at The Lakes Bruce Grant, John Sloan and I built a huge, wild green at the end of a short par five. Some love it and some hate but either way our intent on a hole many were reaching with middle and short irons was to make two-putting incredibly onerous if you hit a sloppy shot to the wrong part of green.

One player complained it was all but impossible to two-putt from far away and I reminded him he wasn’t supposed to two putt from where he’d hit it.

The history of the game is one generation’s freak driver inevitably becomes the norm in the next – all the way back to Ted Ray, then Snead and Jimmy Thomson, Nicklaus, John Daly, Tiger and now Bryson.

We can continue watching as the original architect’s intent becomes less and less relevant. Speed of club and ball will mean those who don’t have extremes of both won’t be able compete. In a 100-metre-dash speed is everything. In a 5000 metre race, tactics became more important as fatigue – the obstacle of the game – increasingly becomes an issue demanding of a strategy to combat it and the opposition.

Golf is surely better for being a more nuanced game where power is not both the dominant and necessary force. Gary Player and Lee Trevino could compete with Nicklaus because of great skills in other parts of the bag. Hogan would eventually win more major championships than Snead because of his relentless accuracy and iron play. No one could realistically compete with Woods’ best because he had the skills of them all rolled into one.
Golf and its administration are at the point with courses where the game was in the transition from hickory to steel. They can regulate the ball and roll it back for first-class play (Nicklaus recommends between 10 and 15 percent) and have the best championship courses regain some of the original intent.

Or we can let it go, remaining on the ever-spinning merry-go-round and trying to keep up with the inventors, (don’t think they are going to stop selling ‘distance’) but reposition the things giving the game purpose.

MacKenzie himself said in the 1930’s that, ‘There is no limit to science’ but there is a limit to how long you can make an existing course. At some point the architects run up against the boundary fences.

Some people don’t care. Others do. But either way it’s time for the administration to make a decision. 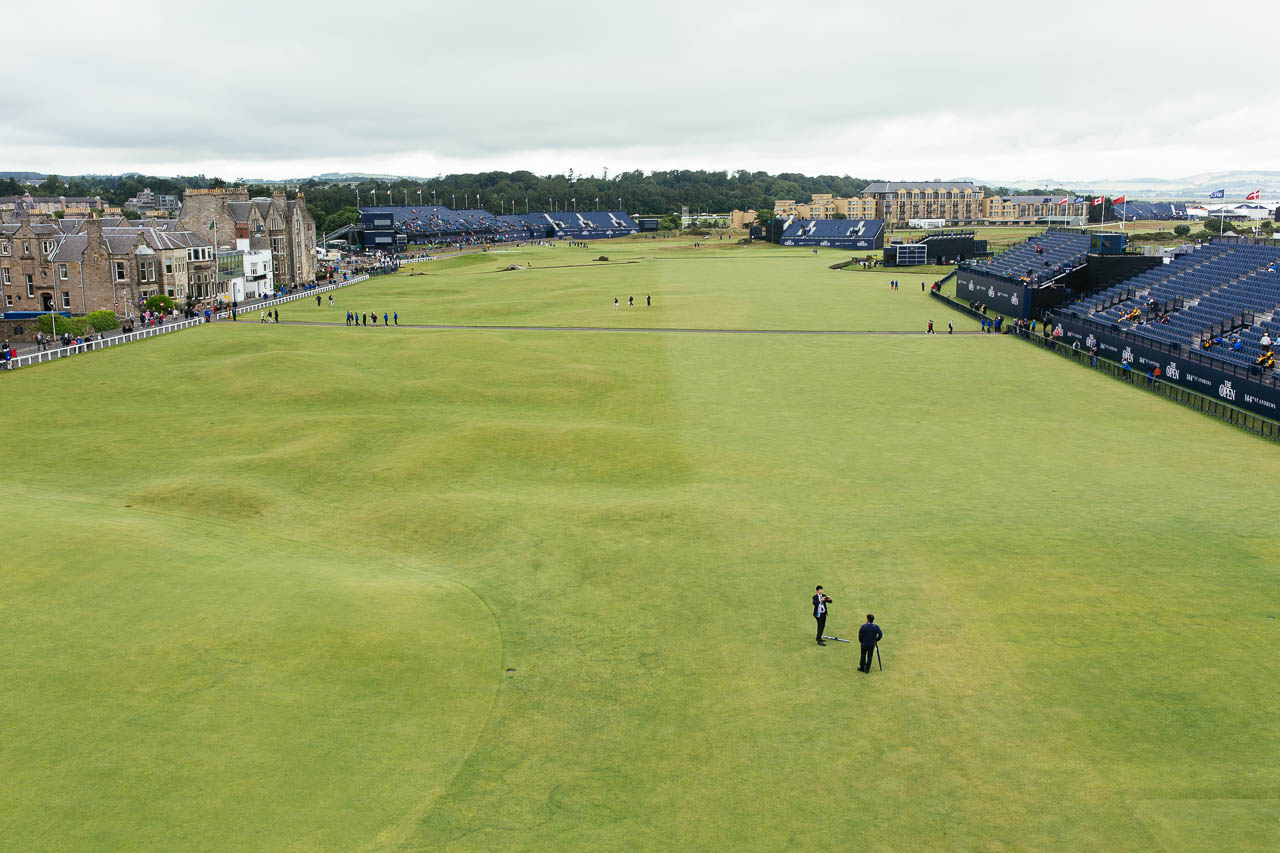 Without a coordinated and strong push back from golfers, the game we love will be stretched even further to the brink. Until now, our voices have been too disparate to be heard.

In order to make a noise that is clear enough, and loud enough, that the governing bodies will listen, we must band together and make our call in unison.

Email us any time at info@rollbackalliance.org